The fine, white mansion on the shore of the Bay of Lübeck welcomes its guests with the words: "Ich habe es mit Gottes Gunst erbaut. Möge Gott der Beschützer, dem Errichteten wohl gesonnen sein”, which roughly translates as, I have built it with God's favour. May God be the protector, the accomplished one.

The classicist building dating to 1745 was built on a truly incomparable spot with a view of the sea. The land is wide here, the nature strong, the beach natural and the sea just goes on forever. The tranquillity of the landscape gives peace and strength: Pure freedom.

The coats of arms of three noble houses are mounted on a plaque on the court side of the three-storey manor house. In the middle of Booth's coat-of-arms a mastless boat is depicted in the sea under a clouded sky. This is not without reason, as the saying goes that once a knight fell into distress on a stormy sea. He swore should he survive the storm that he would build three villages. He did survive, and landed in Schwansee, and from that point on he called himself "Booth" and fulfilled his promise: He founded the villages of Brook, Hohenschönberg and Kalkhorst, where he built a church around 1230. The owner of the manor in Gross Schwansee is the descendant, Wilhelm Ludwig Hartwig von Booth.

The manor estate has changed very little. The manor’s pond, once lined with lime trees, is still there.

In the winter, they would take ice from the pond to keep milk and meat cool for the summer in the ice cellar.  There are three artesian springs in the grounds. One supplied those living in the house with their drinking water, another was used for the animals. The sources are served by wells from which the water is piped to supply the drinking water.

The impressive red building to the left of the manor house was once a horse stable, later a shed, and today houses the "Brasserie" with its Mecklenburg specialities, a large hall, as well as the wellness floor with its saunas and cosmetic treatments.

In addition to the manor house with its park and stable buildings, the Groß Schwansee estate also had an administrator's house, labourer's cottage, a forester's house, a forge, a school, a coachman's house and a fisherman's cottage. 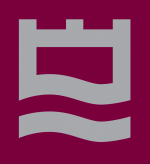